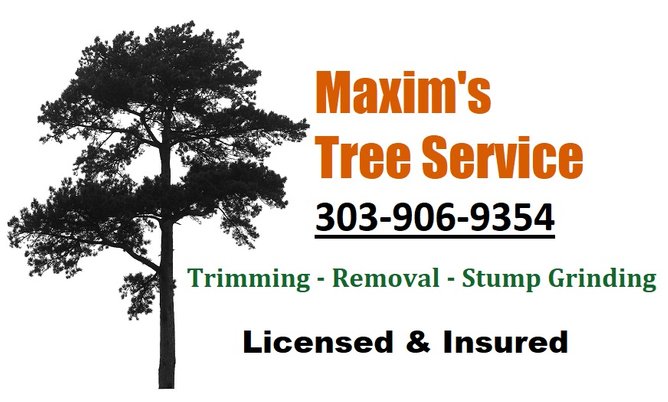 A variety of factors influence the price of a job including:

See below for the different kinds of trimming services.

Insurance companies are requiring a certain distance between trees and the house to comply with standards. To achieve an acceptable space, both tree removal and trimming may be required.

We grind down stumps to below grade by six inches when possible.

***The owner is responsible for marking the sprinkler system. 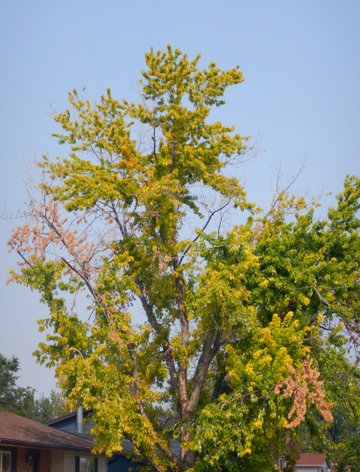 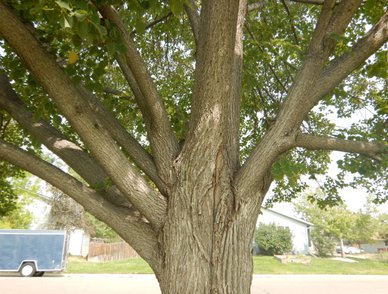 Dead and diseased branches are removed along with branches that are weakly attached to the trunk.

Trees damaged by storms or had significant portions break may be saved with restoration prunning. Broken sections are removed and appropriate cuts are made to encourage new growth on the remaining structure.

Branches with weak attachment or form are more prone to failure under heavy loads and strong wind.

For most tree species, branches should be spaced about a foot apart for smaller trees and about 18 inches for larger trees. 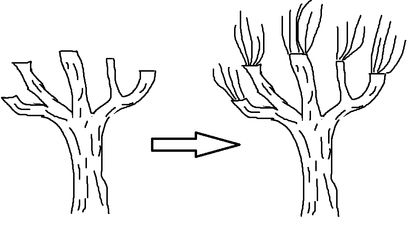 In most cases, topping is an inappropriate way to control a tree's growth. Topping is a temporary solution with long-term consequences:

***One situation where heavy reduction cuts may be used is after a tree has been damaged in a storm.

When Should Trees Be Pruned?

Generally, it is best to do corrective pruning during the winter or summer. In the spring, trees expend a lot of energy putting out new growth, while in the fall trees are preparing for dormancy, which pruning can interfere with. Some trees should only be pruned when dormant, such as those producing stone fruit (peaches, plums, cherries). On the other hand, pome fruit trees (pears, apples) benefit from summer pruning. Trees with heavy sap flow in the spring should be trimmed when in leaf if weeping will be of aesthetic concern (birches, maples, and walnuts).

Removal of dead branches can be done at any time of the year.

Corrective pruning should be done less often on older trees than on young ones. Mature trees are not as tolerant of major cuts and have fewer resources with which to heal. With each branch removed comes the possibility of fungi invading the wood and rotting the trunk. Proper cutting techniques and the tree's vitality can help prevent or outgrow rot, but the risk of damage increases with the size of branches removed.

CONTACT US NOW FOR A FREE QUOTE ON YOUR PROJECT